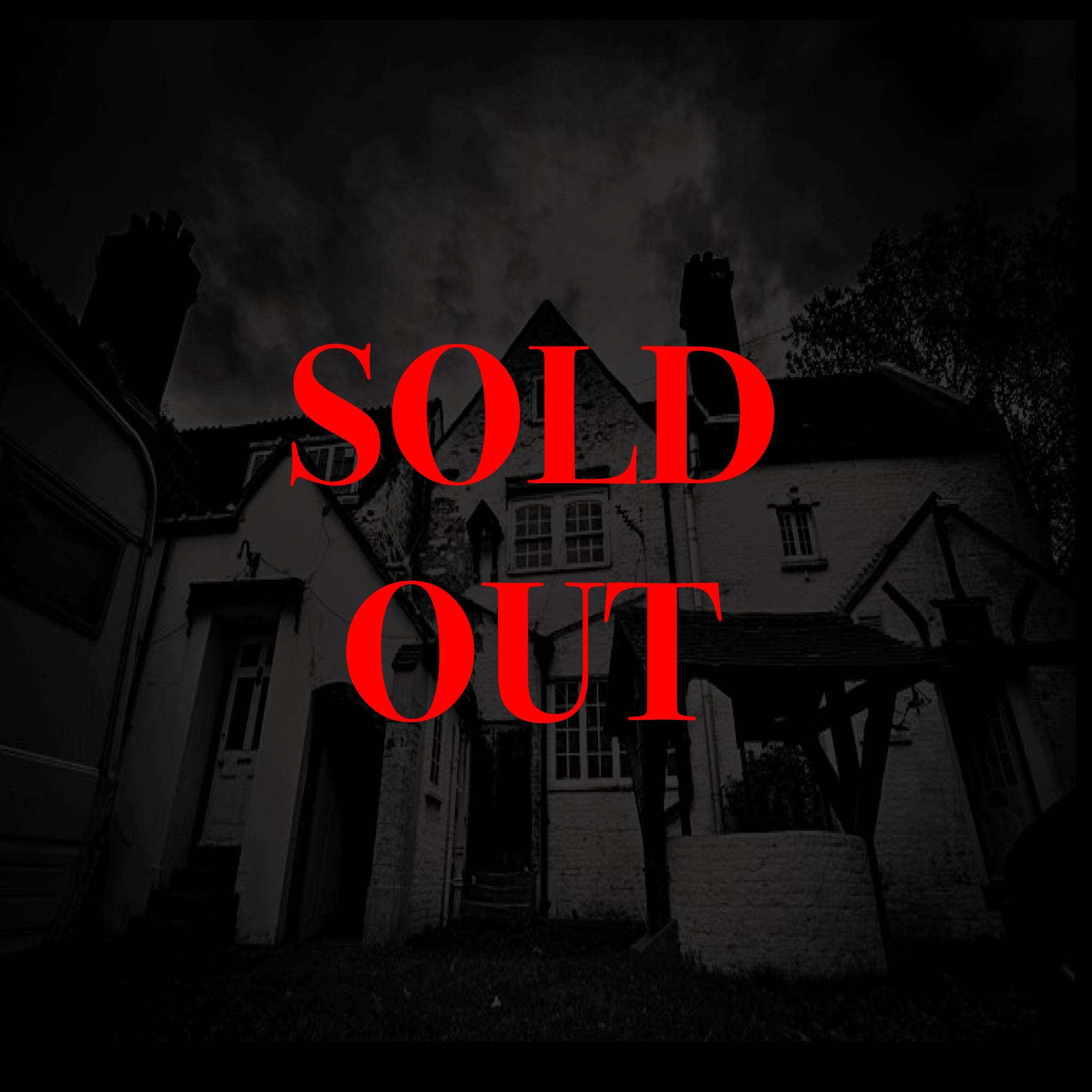 Join After Dark Paranormal UK on the 3rd of September as we investigate Wymering Manor, the oldest building in Portsmouth, England, and by many accounts the most haunted place in all of Great Britain!

Although most of the current structure dates back to the 16th century, the manor goes back much further. Records show the first owner of Wymering Manor was King Edward the Confessor in 1042, then after the Battle of Hastings, it fell into the hands of King William the Conqueror until 1084. The house has been altered and renovated continually over the centuries, yet remarkably it has retained materials dating back to medieval and even ancient Roman times. Having changed ownership many times over these hundreds of years, the property was eventually adopted by the Portsmouth City Council, then sold for a short time to a private organization for development into a hotel. When the development fell through, the property reverted to the council, which has again put it up for auction. Once a country manor, the structure is now surrounded by modern houses. And when it was saved from demolition and used as a youth hostel, many areas of the building were “modernized” and have an unfortunate, institutional feel. With this rich history, it’s no surprise perhaps that Wymering Manor should be haunted. Its reputation has drawn paranormal investigators from around the U.K. for ghost hunts and was a featured location for the histrionics of Britain’s Most Haunted TV show in 2006.

The Ghosts and Hauntings

Wymering Manor obviously has an ancient heritage, but how did it earn its reputation as one of England’s most haunted places? These are some of the stories and legends that have been reported over the years. The Lady in the Violet Dress. When Mr. Thomas Parr lived at Wymering Manor, he awoke one night to the sight of an apparition standing at the foot of his bed. It was his cousin, who had died in 1917. Dressed in a full-length violet-colored dress, the spirit spoke to him in a friendly and matter-of-fact manner, telling him of her recent religious experiences and about other deceased family members. Suddenly the ghost said, “Well, Tommy dear, I must leave you now as we are waiting to receive Aunt Em.” In the morning, Parr received a telegram with the news that his Aunt Em had died during the night. The Blue Room. An elderly relative of Thomas Parr, who was staying in the “Blue Room,” was careful always to lock her door at night, as she feared break-ins by burglars. One morning she was surprised to find her door unlocked and open. The Choir of Nuns. Mr. Leonard Metcalf, an occupant of the house who died in 1958, said he occasionally saw a choir of nuns crossing the manor’s hall at midnight. They were chanting, he claimed, to the clear sound of music. His family never believed his story as they didn’t know – and neither did Mr. Metcalf – that nuns from the Sisterhood of Saint Mary the Virgin visited the house in the mid-1800s. The Panelled Room. The so-called “Panelled Room” may be the manor’s most dreaded. The Panelled Room served as a bedroom in the manor’s southeast corner, and as Metcalf was using the washbasin one day, he was startled by the distinct feeling of a hand on his shoulder. He turned quickly to find no one there. Others have felt an oppressive air in this room, instilling a strong feeling to flee. When the building served as the youth hostel, its warden and wife expressed an unexplained fear of the room. The Ghostly Nun. Outside the small attic bedroom, above the Panelled Room, the specter of a nun, her hands dripping with blood, has been seen looking down the narrow staircase that leads from the attic. The Legend of Reckless Roddy. One of Wymering Manor’s most infamous legends is that of Reckless Roddy. According to the story, sometime in the Middle Ages, a newly married couple came to the manor. Soon, however, the husband was called away, leaving his new bride alone. When he heard of this, Sir Roderick of Portchester – Reckless Roddy – went to Wymering in hopes of seducing the young woman. But the husband returned home unexpectedly, chased Roddy from the house, and killed him as he was attempting to mount his horse. And now, the legend states, whenever a newly married couple comes to stay at the manor, they can hear Reckless Roddy’s horse galloping down the lane. Is there any truth to it? Leonard Metcalf, claiming no knowledge of the legend, said that shortly after his marriage following WWII, both he and his new wife were awakened at 2 a.m. by the sound of a horse galloping away down the lane. Mr. E. Jones, the youth hostel warden, also claimed to have heard a horse outside on his first night at the manor. He was not newly married, however. Sir Francis Austen. A distinguished British Naval officer and brother of novelist Jane Austen, Sir Francis William Austen is buried in the nearby churchyard of Wymering Parish Church. He was churchwarden of St. Peter and St. Paul and so may have visited Wymering when it served as a vicarage. Some have claimed that his ghost haunts Wymering. 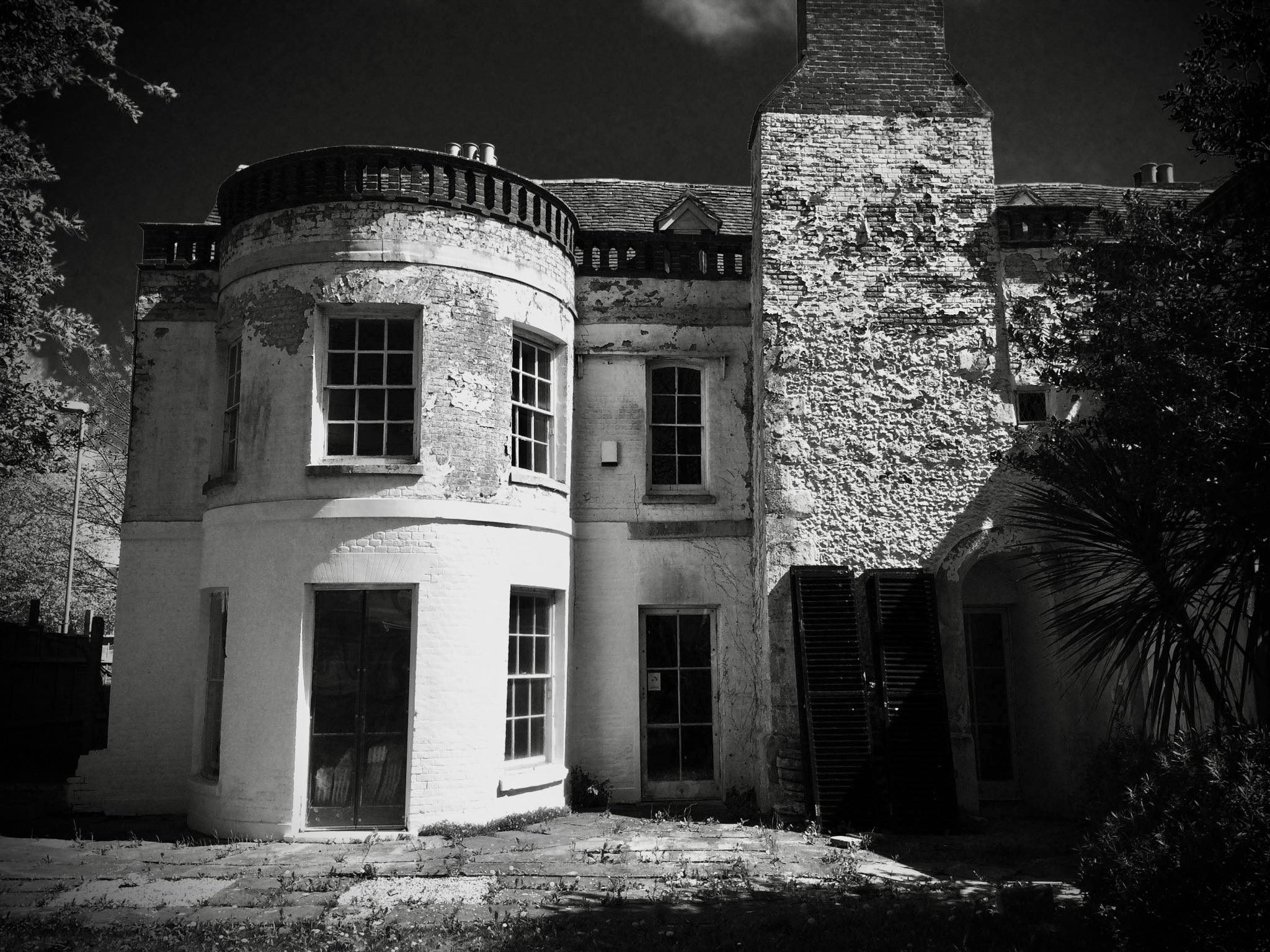