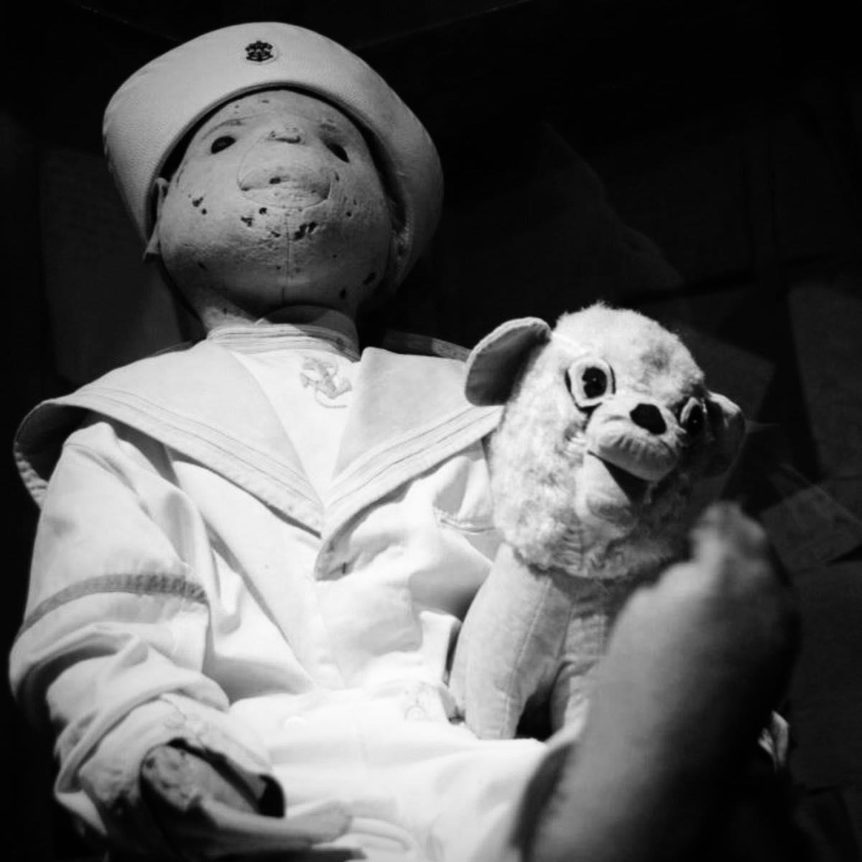 Welcome back to Ghost stories day 7! In today’s article we are going to be looking the story of of Robert the cursed doll! In a Florida museum, preserved in a glass case, sits a boy names Robert. The four-foot figure reclines cheerfully in a little wooden chair, a tatty toy dog in hand. His sailor suit is pressed and clean, a faint smile dancing across his pockmarked face. He’s remarkably well-preserved for being over 114 years old. Oh, and he’s also known as the most haunted doll in America. Robert’s life began in Germany. He was made in 1904 by the Steiff factory (the company best known for producing the first teddy bear and high-end collector’s bears of today) and was most probably part of an advertising window display of jesters or clowns, rather than a standard doll for purchase. The doll was bought by the grandfather of Robert Eugene Otto as a gift from overseas and was promptly named after the little boy. The sailor outfit that makes Robert the Doll rather iconic in paranormal circles was not a Steiff product and was most probably an outfit worn by Otto in his youth, making the boy and the doll undeniably intertwined. Robert was adored by Otto in his youth and was treated as though he were a living companion. Frequently, when Otto misbehaved, or something were to go missing or get broken in the household, the young boy would attribute it to the doll.

The reoccurring theme of ‘Robert did it’ is inescapable within the doll legend. Supposedly, the first recorded supernatural incident was in Otto’s early childhood, where he awoke to find Robert sitting at the end of his bed, his beady eyes staring back at him. Moments later, the rest of the house was woken by the sounds of furniture being thrown around the room. When Otto’s mother entered the room, she found everything in chaos, save for the young boy who had curled up in fear on his bed. Robert remained sat at the foot. After this, Otto’s obsession with the doll appeared to only escalate; while he previously addressed the doll as though it were living, his parents reported hearing a response to Otto’s questions, all in an unfamiliar voice. After a childhood of blaming his wrongdoings on the doll, Robert’s behaviour was said to worsen. As Otto grew older, the doll took up his position propped up in the upstairs window of the family home. Schoolchildren who became aware of this legend, said the doll would appear and disappear by the window, causing many local youngsters to give the house a wide berth. When news of the childrens’ fears reached Otto, he went to investigate Robert’s attic spot, but actually found the doll on a rocking chair in an upstairs bedroom.

The doll remained in Key West in the family home while Otto continued his art education in New York and Paris. Upon his return, Robert resumed his constant presence in the household. After Otto married, his wife, Anne, soon expressed discomfort with Robert’s presence. The doll was not removed from the house, but rather confined to the attic. Robert was rather more unimpressed with his new quarters and Anne soon heard footsteps and malicious giggling from the attic space. Two years after Otto’s death in 1974, his wife followed and their Eaton Street home, doll included, was sold to a Myrtle Reuter. Myrtle remained in the house with Robert for a further 20 years before selling the property which now operates as a guest house. However, during this period, the new owner’s daughter supposedly joyfully discovered Robert, only for this to quickly turn to fear. The child repeatedly screamed at night, convinced that Robert wanted to hurt her. She also told her parents that Robert was wandering around the room at night. In 1994, the doll was donated to the East Martello Museum in Key West. This is now Robert’s permanent home and is a popular and unsettling attraction. Visitors to the museum and staff members alike report seeing Robert move, change expression and even faintly giggle. The East Martello Museum encourages visitors to ask Robert’s permission before taking photographs. Supposedly, those unwilling to do so are met with horrible misfortune. Robert is reported to have caused physical harm, car accidents, divorce and job loss. Yet how is never fully explained. Those who do take photographs of Robert frequently report glitches in their camera, glitches that go away as soon as they leave the museum. To substantiate this, the museum is filled with letters of apology (of which Robert receives about 1-3 a day!), begging the doll for forgiveness in failing to ask permission. They beg for Robert to reverse their luck, but these letters only show the complaint, not the updates as to whether these pleas work. Not all letters sent to Robert are pleas for forgiveness; many ask for advice or request curses to be placed upon others!

Robert is also the recipient of a steady flow of gifts. After the museum made it known that the doll supposedly had a sweet tooth, his fans from around the world quickly set to sending the doll a deluge of sugary treats. Atlas Obscura reports that the doll is often left ‘sweets, money and, occasionally, joints.’ The latter is dismissed by the museum as ‘completely inappropriate.’ I must say I agree; Robert is far too young, and who knows how flammable he may be? If visitors to the house or museum were to speak poorly of Otto, Robert’s expression was said to change to one of anger. Similarly, many visitors have reported watching Robert put his hand against his glass case. Cori Convertito, the museum’s curator, doubles up as Robert’s PA of sorts. She finds herself fielding the thousands of letters and gifts received by Robert each year. She also controls his social media presence, which is regularly updated in the voice of Robert himself. Convertito is also given the task of completing Robert’s yearly check-up, whereby he is examined and weighed, to make sure that the humid Florida weather is not adversely affecting his wood wool stuffing. But why is Robert supposedly haunted? Granted, a large moth-eaten doll has its own sinister appearance, but what makes Robert’s story so different? Well, that depends on your legend and backstory. While the story of Robert’s roots in a German toy shop is the widely accepted source of the doll, there are many other apocryphal alternatives. One legend is that a girl or servant of ‘Bahamian descent’ gave the young boy the doll as a gift, as ‘retaliation for wrong doing.’ The vengeful woman was said to have cursed the doll with voodoo, which filled the vessel of the doll with evil spirits. Voodoo is a common theme around the legends of Robert (some records state that he moved ‘voodoo figures’ around the room) and around many other legends of the time. It must be noted that this constant fear of the black ‘other’ and supposed black ‘witchcraft’ seems to have only added to the existing culture of terror, racial profiling and discrimination of ethnicities, especially in the realms of ghost stories and social horror. However, other sources say that the doll was ‘bought haunted’ or that Otto himself projected supernatural powers onto the doll by blaming his childhood accidents and wrongdoings on Robert. Throughout the doll’s existence in the Otto house, he was said to have vanished multiple times; and for prolonged periods when the house changed hands. Some say he’s cursed, others say he’s a misunderstood spirit. Haunted or not, Robert’s legendary status only seems to grow with each passing year. If you find yourself near Key West in the future, do pop in and say hello. Why not take a photo? Just remember to ask him first.

Whilst this story is very popular and many people believe Robert the doll is cursed, like so many other cases we can not say for sure if the doll is just a doll or is their something more sinister about Robert. Whilst many cases do sound familiar to other supposedly haunted dolls some of the claims do seem exaggerated. But one thing is for sure, and that, is that Robert the doll is a very interesting story with interesting story! One of which we ask you to investigate and let us know your opinion! 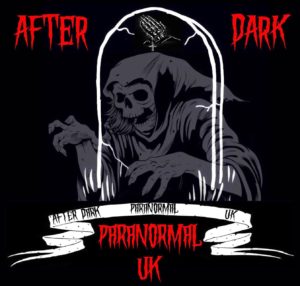