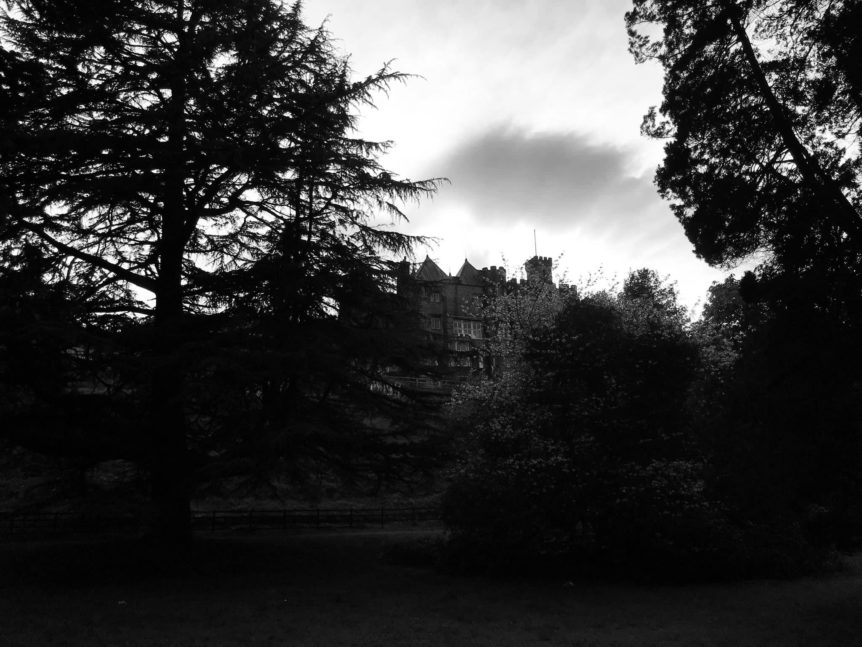 Since 2020 AFTER DARK PARANORMAL UK have been Investigating the most haunted locations up and down the country and we have been inviting you every step of the way. But now kick starting 2022 we are visiting the most haunted and infamous venue the team has ever visited! Since our first visiting to Craig Y Nos in 2018 the team has returned numerous times to experience the paranormal activity that lurks in the castle. From poltergeist activity to full body apparitions, the castle and experiences have stayed with the team over the years, not only for it’s isolated and intimidating appearance but the rich history of the castle, not to mention the breath taking views that surround the castle. Since our last visit AFTER DARK PARANORMAL UK have spoken about Craig Y Nos and covered it’s horrifying history and ghostly tales on the “After Dark Podcast” https://anchor.fm/afterdarkuk Ranked number 1 most haunted venue by team members Jordan & Vicky. And calming the venue to be “Mount Rushmore” regarding paranormal investigations. The podcast also covers specific activity that has occurred within our time at the castle. Activity so horrifying the experience encountered by members of our team was published into Fate & Fortune magazine. One experience taken for the article of the magazine expresses the teams fear of an entity haunting the tuberculosis ward at Craig Y Nos, a full body apparition of a white dressed nurse was spotted at the castle by various members of the team. First hand witnesses said everyone attending the event recoiled in shock and disbelief of the sight of the nurse and what we had witnessed in front of our eyes. We experience the paranormal on a day to day basis but nothing could prepare us for what the castle had in store for us that night. Throughout the event loud knocking and growling sounds were echoing the tuberculosis ward, which came accompanied by the uneasy feeling of being watched. Soon afterwards our equipment was placed on the staircase of the ward, we went back to supervising our guests, when all of a sudden, one by one every single piece of equipment that was placed on the staircase was triggered with the sound of footsteps slowing walking up the stairs, activating every piece of equipment along the way. Once the footsteps had reached the top of the stair case, the slow thudding of footsteps quickly evolved into running, accompany by an immediate drop of temperate. The footsteps ran into a empty room at the back on the ward, silenced followed and everyone went quite, to this day I’m not sure if the silence of our guests was due to disbelief of what had occurred or if it was fear rooting there feet to the ground. One lady shouted “is anyone there”, which was quickly answered by a high frequency scream, then followed by the sound of what can only be described as a distressed child. Many of guests unsurprising decided to vacate back to there rooms for the remainder of the event, whilst those who stuck around could put no logical explanation of what had just occurred.

On the 11th February After Dark paranormal UK are returning to Craig Y now castle and the infamous tuberculosis wards and we are inviting you with the opportunity to join us! But before we visit we would like to take this chance to share you a small portion of history the castle has to offer.

Craig-y-Nos Castle and grounds were once the estate of the celebrated opera diva Adelina Patti who during her lifetime (1843-1919) became one of the world’s most famous and highly rewarded entertainers.

Before the advent of microphones, amplifiers and recording equipment Adelina Patti was filling huge theatres with her rich voice and even the people in the poorest seats at the back of the hall were never disappointed. Not only would she maintain her performance for hours at a time, but she would often give two shows in one evening, with only an hour’s rest between them. On her tours she would keep up an incredible work rate for a period of several months. At her peak she was earning £100,000 a year, equivalent to around £11 million a year today.

Her earnings were indeed colossal and in her day Craig Y Nos had 40 full time domestic staff and around 50 groundsmen diverting the River Tawe by hand to create her pleasure gardens and lakeland walks (now Craig y Nos Country Park).  This means she employed around 90-100 people at any one time. The castle in her day would have been a magnificent palace befitting one of the wealthiest woman of her day.

Why such a woman chose to live in not so sunny Wales when she could have chosen anywhere in Europe to make her home is a mystery. Maybe it was the mountain scenery, the clear air to help her singing voice, or Wales’ reputation as a nation of song.

In 1878 she paid £3,500 for the castle (worth around £2m today), but to her this was a mere week’s earnings! No 25 year mortgages for Patti! She truly was a star, the Madonna of her day, and she was earning around double that of the top opera divas of her time.

The questions reminds, does anyone have the courage to stay a night at the most haunted castle in Wales!

If you think you are brave enough to concur the spirits and survive the night, your opportunity to investigate Craig Y nos well your time here! Tickets available now! https://adparanormal.uk/events/craig-y-nos-castle-overnight-stay/